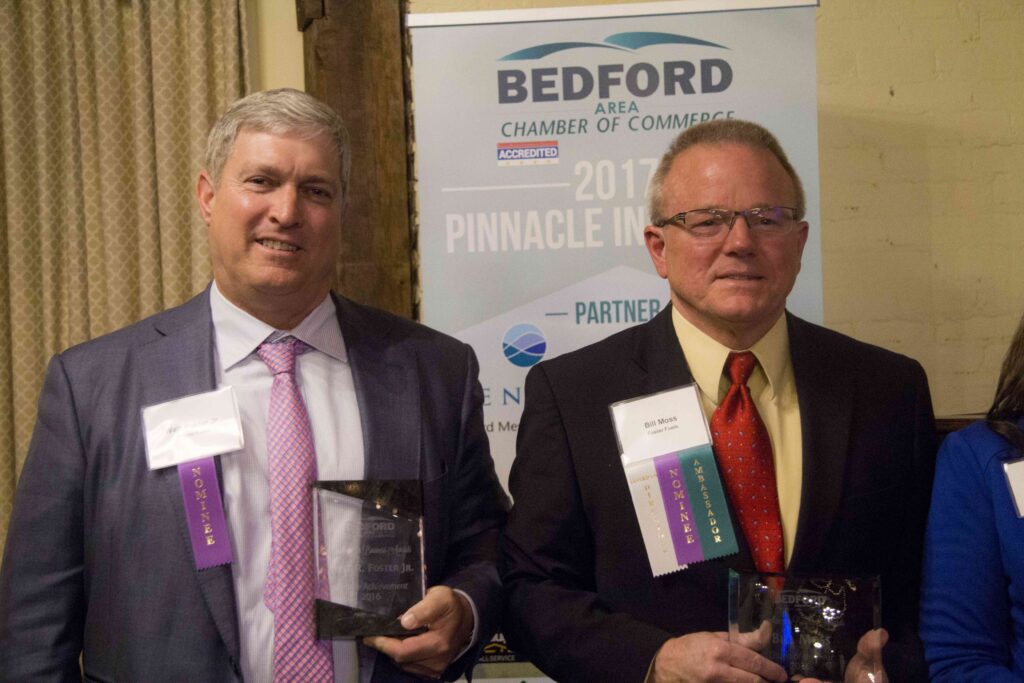 March 23, 2017 | Boonsboro,VA – The Bedford Area Chamber of Commerce hosted their Annual Awards Dinner on March 23. Businesses and representatives attended the event throughout the area to celebrate other local businesses and citizens who have impacted the community.

Awarded the Lifetime Achievement Award, Foster Fuels President & CEO Watt R. Foster, Jr. was recognized as “an individual who has given substantially of themselves for the improvement of the Town of Bedford County, particularly in the areas of economic development, education, charity, health, arts and the environment,” Patti Jurkus, chairman of the Bedford Area Chamber of Commerce board of directors.

Watt was recognized with Foster Fuels for providing aid to areas throughout the United States and abroad in times of crisis during natural disasters such as the earthquake in Haiti, Hurricane Sandy, and Hurricane Matthew. Personally contributing funds for organizations, teams, and movements, Watt was awarded the Lifetime Achievement Award for his involvement in organizations in the surrounding area including Thomas Road Outpost, which Watt made a donation of 500 acres.

Assisting in building a record year for Foster Fuels in 2016, Bill Moss has been involved in events and charities in his local community many of which benefit local non-profit organizations. In addition to being an ambassador for the Bedford Area Chamber of Commerce, Bill is also a huge part of the Home Builders Association of Central Virginia, Retail Merchants Association, and other small business groups.

With their extensive involvement in the community, Foster Fuels takes pride in their employees. Being a testament to the types of individuals who are employed with Foster Fuels, these awards represent the hard-working, community based, and family oriented company that Foster Fuels exists to be.

Thanks! You guys are great to work with, I always recommend Foster!!!