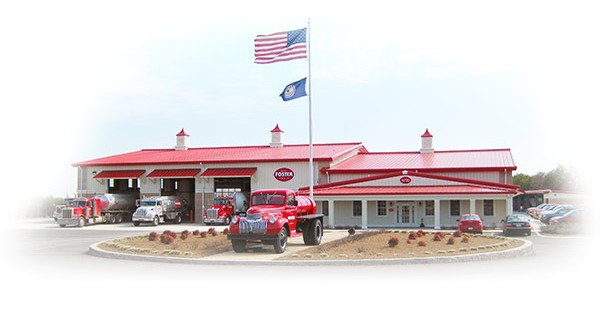 Our mission is to exceed all expectations of a fuel company by redefining industry standards and pushing the limits of performance in innovation. We anticipate and fulfill evolving customer needs as we strive to provide superior quality service, products and experience. We maintain an affirming environment with a “say yes” attitude anchored in honesty and respect. We are more than a fuel provider; we are Foster Fuels.

We stand at the forefront of industry-leading advancement, providing outstanding service-excellence as we foster growth by fueling our community, our country and businesses around the world.

The history of Foster Fuels, Inc. began with the establishment of Brookneal Oil Company by Lou Hilton (L.H.) Foster, Sr. and L.W. Roark, Sr. in 1919. L.H. served bravely in WWI and returned home to Brookneal to start his family. He and his wife Inez had four children: two sons, L.H. Jr. and Watt Robert and two daughters, June and Mildred.

L.H. came from a farming background and after his return from the war he and Roark started a business to serve the rural community. Together they delivered flour, ice, and five-gallon cans of lamp oil to the Brookneal area by ox-drawn cart. In 1921, L.H. and L.W. decided to split the business, with L.H. continuing in the oil business and L.W. continuing with the feed and seed. 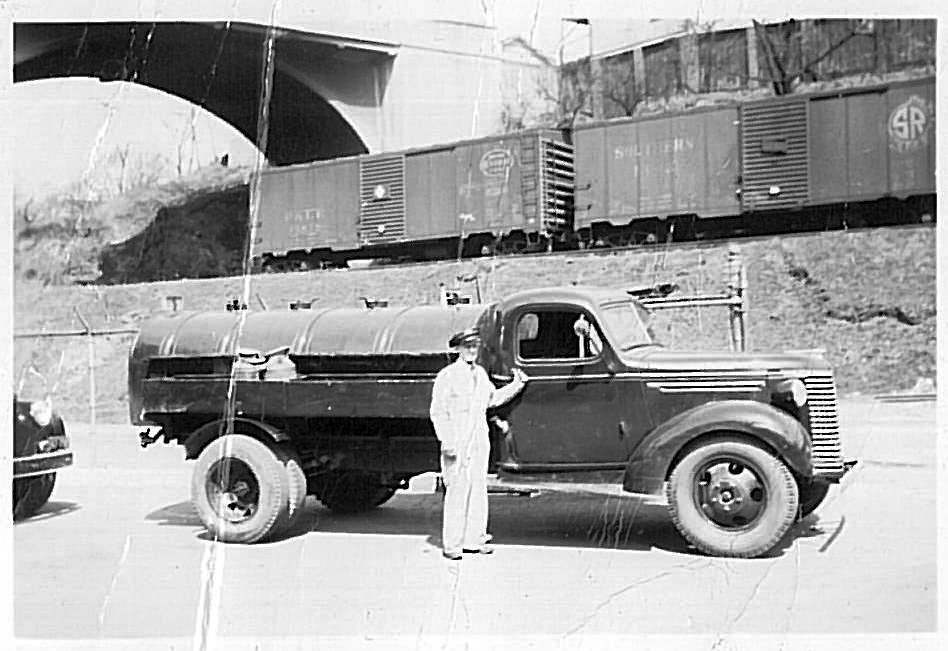 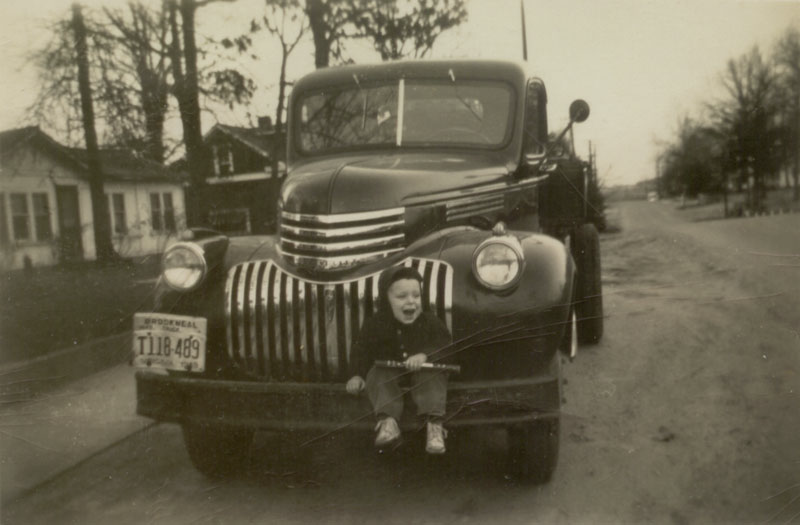 After the split in 1921, the company became L.H. Foster and Co., Inc. and arranged with the Texas Company to become one of the first consignees of Texaco products in the state of Virginia. Over the years, the company sold fuel products to both individuals and businesses in Brookneal, VA and the surrounding area, which enhanced its customer base and added to the company’s success.

In 1921, L.H. Foster and Co. became a fuel jobber for the Texas Oil Company. Among some of the first products sold by this division were kerosene and gasoline, which were delivered by ox-drawn cart before the company owned a fuel truck. By 1948 the company sold a variety of Texaco products like the Havoline, Sky Chief gasoline, and general-purpose oil.

While attending Virginia Tech in 1942, L.H. Foster, Jr. enlisted for WWII through the university’s ROTC program. During his service he lost half of one of his legs but ultimately returned home to Virginia where he joined his father and started working for the company. It was at this time in 1945 that the company changed its name to L.H. Foster and Son.  A few years later in 1960 the company changed its name once more, this time to L.H. Foster and Sons to include both brothers.

Then in 1966, the company added another product to its inventory, propane. As propane demand grew, propane and related services would become a clearly defined second division. This inventory addition was followed by the company’s decision to cease their consignee status for petroleum products with Texaco around 1980.

The company underwent a leadership change in 1985 when L.H. Foster Sr. passed away, leaving his wife, Inez, and two sons, L.H. Foster, Jr. and Watt “Bobby” Foster in charge of the company.  It was not until 1987 that the company officially changed its name to Foster Fuels, Inc. By this time, L.H. Foster, Jr. had already passed away and Bobby was running the company with his son, Watt Robert Foster, Jr. Together the two expanded the company, over time creating additional divisions to accompany the Fuel Services division. 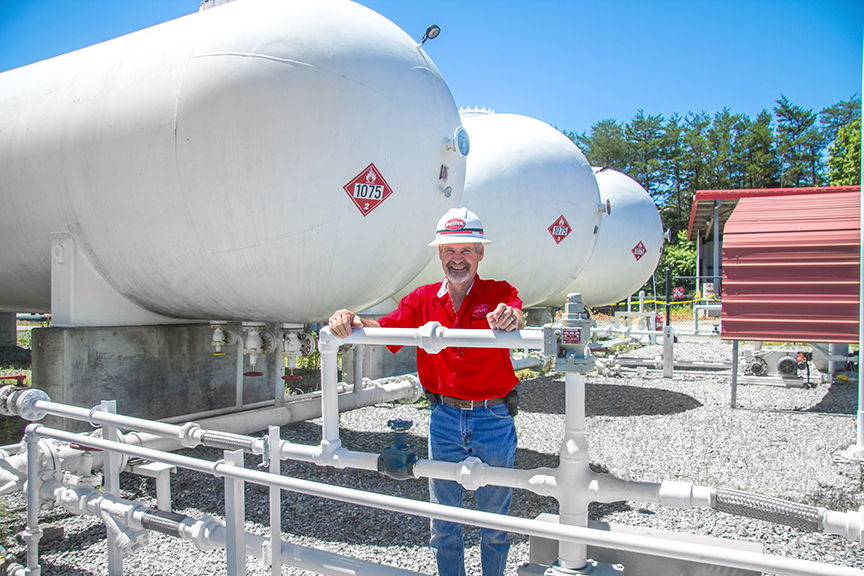 The propane services division was expanded with the official addition of Hearth and Home. A showroom was built separately from the main office in 1995 near Lynchburg, VA. This showroom displayed working propane appliances for customers to purchase.

In 2003, Foster Fuels began servicing businesses in emergency situations, which led to the creation of the Emergency Response Division. Today, it is considered to be it’s own division because it entails greater dangers and operates in disaster areas throughout the country, whereas Foster Services does not. This division services government, military, and fortune 500 companies nationwide.

In 2010 Foster Fuels, Inc. included the Fuel Quality division. Originally arising out of a need to service Emergency Response clients, Foster Fuels began offering fuel quality checks as a precaution to ensure that customers’ fuel was of optimal quality and to confirm that equipment would be in working order if an emergency situation occurred. Today, this division offers a full range of business continuity and risk management services including long-term fuel preservation and restoration.

By 2019, Foster Fuels has 7 area locations throughout Central and Southside Virginia and assets across the nation including Phoenix, Arizona, Houston and Dallas, Texas. Foster Fuels’ Mission Critical Division is awarded the largest emergency fuel contract by the federal government, a five-year, multimillion-dollar deal to deliver emergency fuel support covering all 50 states, Guam, American Samoa, and the Commonwealth of the Northern Mariana Islands

Today, 100 years after the company’s founding, Foster Fuels, Inc. is still expanding. It has outlasted a world war, the Great Depression, and the recession of 2008 and its continued existence is proof of its adaptability to circumstances and its ability to serve customers’ needs with exemplary results. 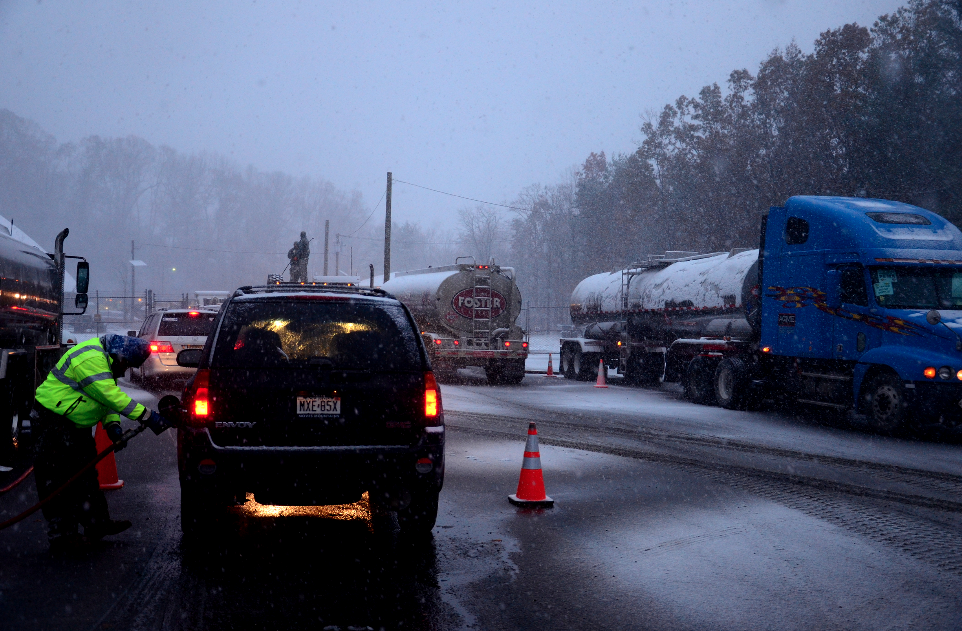 What Our Customers Say

Just a quick comment about the customer service I receive anytime I need help from your store in Rustburg on route 29. WD Holland has been extremely great at taking care of me and my family. He’s a professional courteous and always willing to help either with a purchase or just a simple question. Dale also is right there with him willing to help. These men are for sure the face of Foster Fuels!

I would like to especially commend your employees Jonathan and Brandon for their courtesy and for their expertise in installing the tank where I wanted and for not damaging nearby plantings and shed. They were friendly and always most professional. I look forward to dealing with Foster Fuels in the future in large part due to the quality of your employees. Thank you.

Called last Tuesday to have Mike come out and look about adding a new tank. He came out Thursday. New Tank delivered this Tuesday and filled first thing this AM! Always a pleasure working with them! Polite staff and crew and always go above and beyond!

Thank you for superior service!

Make propane easy with our app.

We’ve made getting the propane you need easier. Just log in to the Foster Fuels app to order fuel and to access all aspects of your account, including invoices, delivery history, payments, work orders, and more. Just one more way we are providing exceptional customer service!